MEI has had a service contract with Waterford Condominiums in Englewood, CO for several years and they have continued building a trusting relationship with them. When the sprinklers unexpectedly went off, it flooded one of their hallways and the water was pushed down the elevator shaft, MEI was called in to inspect the damage right away.

After the inspection, MEI found that almost every board had to be replaced, including the main processor board, new hall calls, door operator boards, new push buttons and every fuse. Overall, more than 30 parts had to be replaced. MEI worked around the clock to get this project done in order to get the elevator back up and running. We also worked closely with the property manager to quickly write everything up so that it could be properly turned into insurance.

Waterford was extremely happy with the rapid response from the MEI team. Everyone worked quickly and played a huge part in getting the elevator in working condition.

Building relationships with our customers is very important to the entire MEI team. We strive to respond quickly and do everything we can to help our customers get the results they are looking for.

MEI was contacted by an inspector who needed help finishing the modernization of four traction passenger elevators at Cherry Creek Plaza IV in Aurora, CO. They had initially hired another elevator company to complete the project, but after a year and a half, they still had three elevators down and the fourth was not running properly or code compliant.

Branch Manager Marshal Steves met with the property owners to assess the job. They also went through all the materials on site that had already been purchased in order to figure out what else was needed. Steves then worked alongside Sales Representative Chris Becker to put together a proposal.

After Cherry Creek Plaza agreed to move forward with MEI, they began the modernization right away. MEI replaced the controllers, fixtures, ropes, governors, rope grippers, door equipment, emergency lighting and wiring. The MEI team worked very hard on this project and were able to get all four of the elevators up and running in a just a few short months. 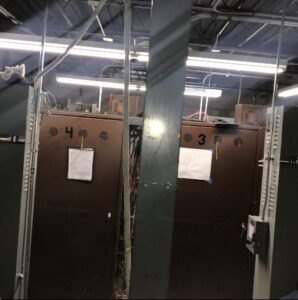 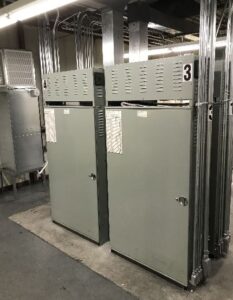 We value our customer relationships and we strive to be a trusted source for your elevator service needs. Providing great service includes keeping our customers informed of anything in the marketplace we believe you could benefit from. With that said, we are excited to introduce you to Kings III Emergency Communications.

Kings III specializes in elevator help phone monitoring and dispatch. They have been in the industry for nearly 30 years providing value-added benefits not common in the monitoring space and are experts in elevator phone code compliance.

Below are just a few of the many reasons we are recommending Kings III to our customers:
– Dedicated dispatch center answers only emergency calls
– Digital recording, date/time stamp of all calls for risk and liability reduction
– Potential elimination of costly dedicated phone lines via Kings III line seizure technology or cellular options

We believe an initial conversation with Kings III will be well worth your time and we are confident you will find great value in the added benefits of their service. It is important to note that our current elevator maintenance and service agreement will remain unchanged. Kings III is a standalone agreement for installing their elevator emergency phones and providing 24/7/365 monitoring. For example, with Kings III you would simply list MEI on your call dispatch list and our technicians would continue to be dispatched out when needed.

As always, we appreciate your business and the trust you put in us as your elevator service provider.

MEI Elevator in Denver makes the other guys look like amateurs. They are great at communicating with me, always check in and out, give accurate details about any issues and get things done in a timely professional manner. I have absolutely no reservations recommending them, and I wish all my contractors were like them.
– Philip H. (Google Review)

My 92 year old grandmother who can’t use stairs is coming to visit and I discovered my elevator wasn’t working! Jesse responded promptly and got John to come out and take a look within the week. John was able to get our elevator up and running in less than one hour!
– Shandra E. (Google Review)

MEI has gone above and beyond to assist me and my property. I value Marshal, Jesse and Ashley for the impeccable customer service they have provided me and continue to provide. Technicians are helpful and knowledgeable. I 100% recommend MEI for complete elevator service. I would give 10 stars if I could.
– Shawn M. (Google Review)

I have been using MEI Elevator for 3 years now. After weeding through some horrible elevator companies I feel that I am truly informed (and jaded) to the terrible elevator companies out there. I have 3 apt. bldgs. with elevators that are as old as -1929 in one case. MEI responds quickly to service calls and has people on staff that know what they are doing! -What a far cry from so many others. The staff keeps me informed if they cant get a repair done the same day. They explain why and when some weird old part will be made of delivered (usually very quickly) I love these guys-they have made my life so much easier. I would give them 6 stars if I could.
– Krys K. (Google Review)

John the on call person was helpful and prompt I appreciate his help with this matter. Also the other maintenance men that came are courteous as well.
– Diamond M. (Google Review)

Great elevator company. You guys are the best. Would recommend to anyone using Platform/Stair lifts, passenger and freight elevators.
– DeAndre P. (Google Review) 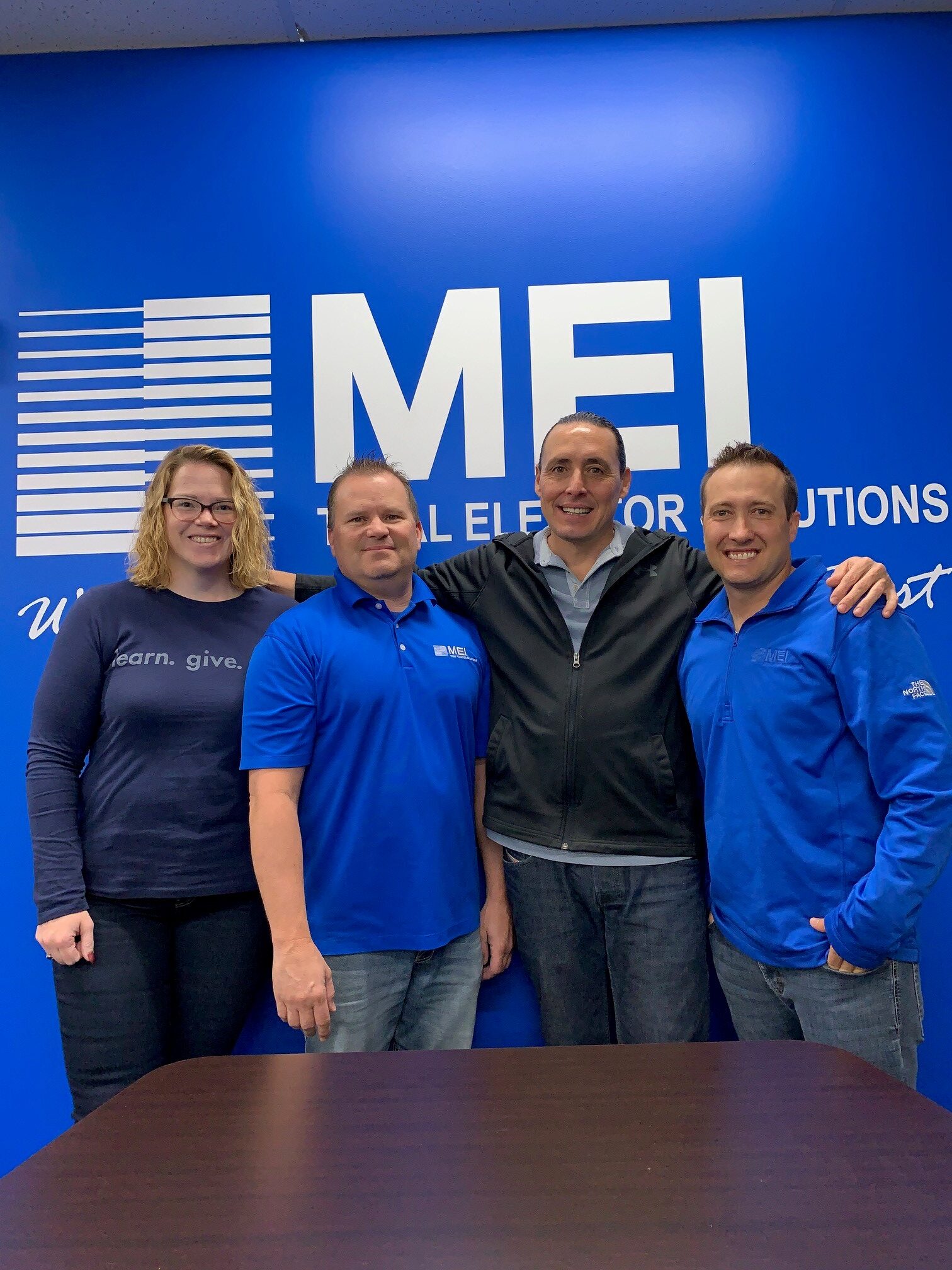